July 6, 2015
Ben Austin
How To Become Hollywood's Most Persuasive Man

Once in a while you read a biography that changes you. It pushes you to think different, inspires you and reveals a bit more about your path.

You never know when it’s going to happen (which makes it fun when it does).

I found a biography last year, that I’ve read 4 times (it’s that good). Each time pulling out new lessons and applying them to my life.

This article is a series of lessons learned from Hollywood's greatest promoter and biggest dealmaker. He’s the man behind Elvis Presley, Frank Sinatra, Bob Dylan, John Denver, The Ocean’s 11 Franchise, The Karate Kid and many more. 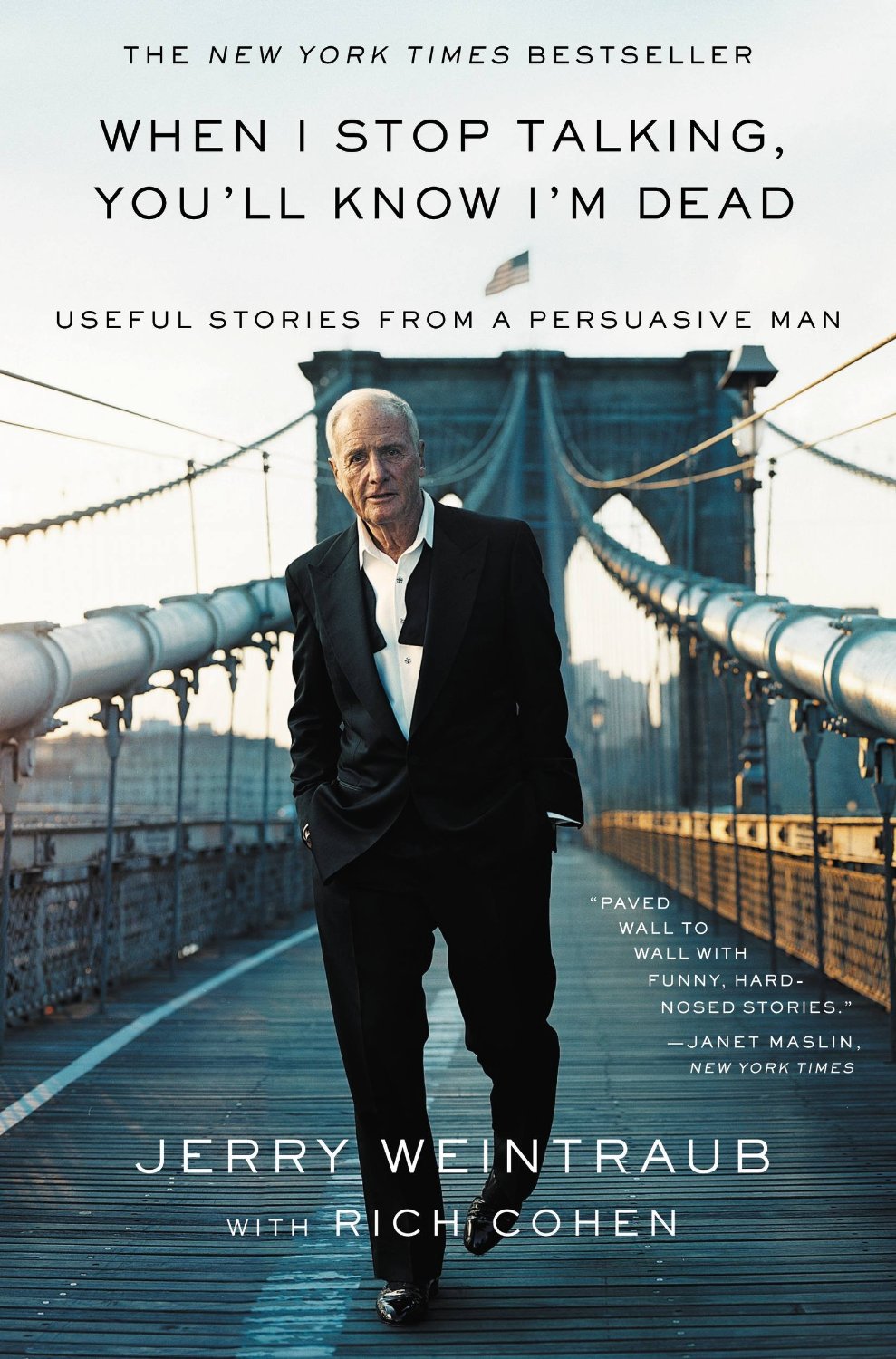 No matter what life threw at him from club rooms of Brooklyn, to Mafia hangouts of NY’s Lower East side, to the hills of Hollywood he found a way to promote and sell tickets to his shows.

"All life was a theater and I wanted to put it up on a stage," he writes. "I wanted to set the world under a marquee that read: 'Jerry Weintraub Presents.’

Jerry Weintraub is the most persuasive man in the history of showbiz. His biography 'When I Stop Talking, You’ll Know I’m Dead' tells his rise obscurity to entertainment millionaire super-mogul. It’s one of my favorite books and reads like a master's class of case studies in building a successful career.

In this article I break down the top things we can learn from his story, the lessons learned and how we can apply these lessons to our lives.

If you are on the path towards greatness, this article is for you.

Here are the lessons I learned from When I stop Talking You’ll Know I’m Dead.

It was stupid. It was nuts. Everyone told him it couldn’t be done. Even his wife told him to move on.

But the idea wouldn’t go away….

He wanted to take Elvis Presley (the biggest star in the world) on the road and do a concert tour. This was before the sun-god jumpsuits, cocaine, Fool’s Gold Loaf’s and fat Elvis. 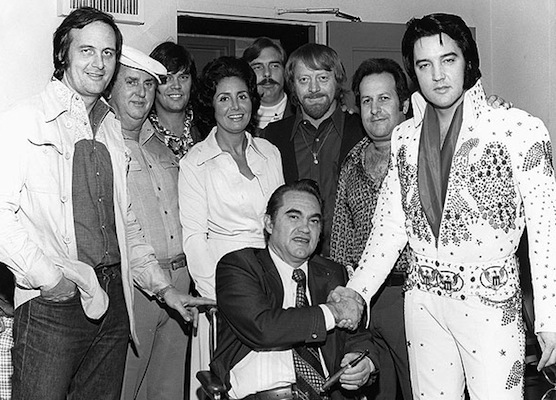 Presley was in his prime and everyone wanted a piece of the action. If there was a center of the universe, Elvis was it.

Jerry's idea was crazy and there were many problems right from the start.

Instead of whining about his circumstances, he picked up the phone and started pitching the Colonel.

The answer was a firm NO.

So he called back again the next day. Again the same answer.

Jerry kept calling. Every day for an entire year. He was rejected. Over and over. “No” after “no”. More than 365 times. But he kept asking.

How many times would you have asked?

The persistence finally paid off and he wore down the Colonel. One morning when he called, the conversation went like this.

Jerry needed one million dollars fast. He didn’t have the money (was in debt) and needed it by tomorrow. No second chances.

Again Jerry pounded the phones, getting rejected by everyone. Finally at 8:30 AM the following day, he was able to reach an investor willing to put up the cash. An equally crazy radio mogul from Seattle.

With no time for contracts Jerry convinced him over the phone and the money was wired in. He went to Vegas and handed over the check.

In 24 hours he had launched his career into superstardom. From obscurity to promoting the biggest act in the world. Skipping all the middle steps.

Hell... most of us give up when we face small obstacles. I know people who look for roadblocks so that they have an excuse NOT take action. One of my buddies won’t lose the extra 40lbs because he doesn’t want to get rid of the junk food in his cabinet. He thinks it would be a waste.

Persistence is the most underrated factor in success and most of us give up at the first “No”. Were afraid of causing tension, facing rejection, or temporary pain associated with taking action. It’s like jumping in a cold pool. It’s uncomfortable at first, then you get used to it.

Where have you let roadblocks get in the way? And where can you be more persistent?

Lesson #2: Have a visceral (deep) connection to your work

As a child growing up in New York Jerry Wanted to be in showbiz. The stars, movies, bright lights and adventure created deep connection for him. It felt right. He couldn’t explain it.

Each time he went to the movies it was like a religious experience for him.  While everyone fantasized about what their life would be like if they were in the movies, he visualized (there’s a difference). While others fantasized, he started scheming.

It was his calling. His ONE THING. Everything else became a means to an end.

This deep rooted connection to entertainment stuck with him during his entire career. It gave him the willpower to push through the BS and nonsense that accompanies working with stars. Like when the drummer of Led Zeppelin stole his $2,000 custom suit, ripped off the sleeves (while mocking him) and wore it during a show.

While most of his peers quit, he stayed put. Finding ways to keep his work fresh, searching for new mountains to climb and novel adventures to be had.

Your path to mastery must include this connection to your work.

This is not easy for us. We don’t stick with ONE thing long enough to create a connection.

Yet when you study success, you find all masters have this connection to their work. Da Vinci, Jobs, Gates, Branson, Musk, Picasso, Jordan and Mozart each displayed this obsession. Jerry Weintraub was the same way.

The key is to pick one industry that suits our unique strengths. And then stick with it long enough to become a master. Passion, motivation and innovation come after you have put in the time. Not before.

10:00 AM on top of a roof of a Vegas casino Frank Sinatra was laid out. Drunk. Despondent. High. And ready to end it all.

It was over for him. No mountain to climb. No challenge to accomplish. A bull rider without a bull.

He needed hope and had none. So he called Jerry over and they started talking.

Jerry didn’t know how to fix his problem, but he had a vision. It was coming into focus.

Jerry started talking. Without anything pre-planned, he pitched Sinatra as the vision appeared, improvising on the spot. He watched Sinatra’s reaction making sure his words hit. 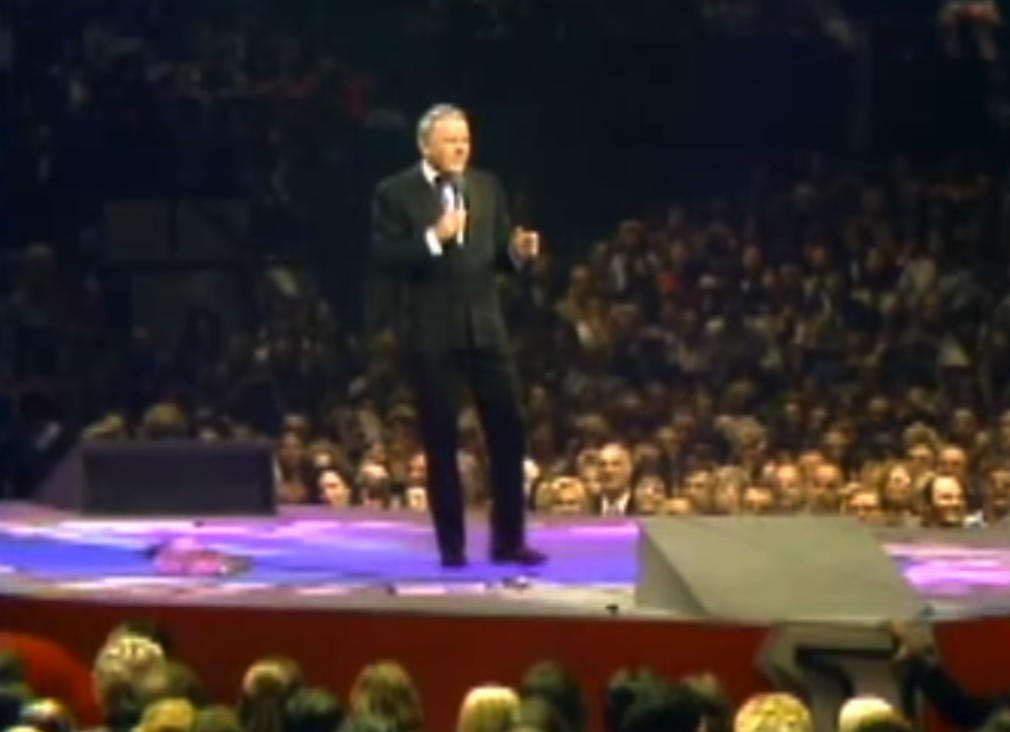 After selling him on the vision. He had to do was figure out the logistics. Months of planning, preparation, organization went into the TV spectacle of the decade.

From that initial vision on the rooftop in Vegas, he made it a reality.

We know all great masters had very visual minds such as Einstein’s famous thought experiments. They were able to see what others couldn't and visualized their end goals.

Most people don’t know what they want and they can’t picture it. You ask them and they say
“I’m just figuring it out”
“not sure yet”
“I don’t know”

It’s not that they “don’t know”. They just haven’t put in the time to figure it out.

To get anywhere, first you need an end point. Imagine flying a plane without a destination. Yet that’s what most of us are doing. We spend our time aimlessly passing through life walking around in a daze. Spending our nights watching Netflix, when life is passing us by.

The key is deciding your end goal. Now you have a target to aim for and can start working towards it. If it turns out to be the wrong target/goal, you can always change.

Jerry had a clear vision of what he wanted out of life and in each project. Because he saw it so clear he was able to make it happen. If he was wrong, he changed. Jerry saw what he wanted and then made it a reality.

He was able to visualize the end goal and then will them into existence. We can do the same in our lives and projects.

When successful people like Jerry Weintraub are in the winter of their lives and share their wisdom, we should listen. Especially those of us in the spring and summer of our lives.

There are many lessons that you and I can take away from Jerry’s life story. And once again, here are the big 3 I took away:

Read the book. Learn the lessons and continue on your path.